“At stake are fundamental principles such as the value of life, human dignity, religious freedom and the harmonious and peaceful coexistence between persons and between peoples.”   Vatican City, October 06, 2014 (Zenit.org) | 81 hits Here below is a press release issued by the Vatican on the Oct. 2-4 meeting of the Apostolic Nuncios in the Middle East with some superiors of the Roman Curia. *** No more war and violations of human rights! At the wish of the Holy Father, the Papal Representatives present in the Middle East … Continue reading →

Pope Francis is still concerned about violence in the Middle East. He called the Apostolic Nuncios and other pontifical representatives in the region to meet him at the Vatican. For two days, they will discuss how the Church can continue to help Christians and other persecuted minorities in the area.

The Presidents of the Dicasteries involved with the region also attended the meeting, along with the permanent observers of the Holy See to the UN and the Apostolic Nuncio to the European Union.

Pope Francis greeted them one by one. He then listened to all the information brought by the representatives of Syria and Iraq. The President of the Pontifical Council ‘Cor Unum’, Guinean Cardinal Robert Sarah, explained how the Church is trying to tackle the suffering of the refugees.

Terrorism worries Pope Francis. He pointed out that arms trafficking may be one of its roots.

This round of meetings will finish on Saturday October 4. Their theme is ‘The Presence of Christians in the Middle East.’

The Vatican Secretary of State, addressed the 69th UN General Assembly in New York, where he warned of the growing threat of the terrorist group ISIS.

The Cardinal also said that the “transnational” form of terrorism used by ISIS requires the combined forces of many nations to stop their violence and aggression.

CARD. PIETRO PAROLIN
Vatican Secretary of State
“My Delegation wishes to recall that it is both licit and urgent to stop aggression through multilateral action and a proportionate use of force.”

Cardinal Parolin stressed the danger that terrorist groups, such as ISIS, pose to all nations by “persecuting and murdering in the name of God.”

CARD. PIETRO PAROLIN
Vatican Secretary of State
“With the dramatic situation in northem Iraq and some parts of Syria, we are seeing a totally new phenomenon: the existence of a terrorist organization which threatens all States, vowing to dissolve them and to replace them with a pseudo-religious world government.”

Cardinal Parolin emphasized the growing number of youth who have joined ISIS.

He said that the UN must focus on the cultural issues and the effectiveness of international law that bring young people to join such groups.

CARD. PIETRO PAROLIN
Vatican Secretary of State
“As a representative body of a worldwide religious community embracing different nations, cultures and ethnicities, the Holy See earnestly hopes that the international community will assume responsibility in considering the best means to stop all aggression and avoid the perpetration of new and even graver injustices.”

Cardinal Parolin concluded his address by bringing attention to the plight of world’s poor.

He also applauded the UN Sustainable Development Goals, which he said do not impose lifestyles “which tend to show a disregard for human life” on poorer states.

The memory of those Christians who gave their lives during the Communist persecution in Albania was very present during the meeting of Pope Francis with the Albanian priests and religious people.

“Our martyr died crying ‘Long live the Pope!’ and we also want to cry it out together.”

A 84-year-old Albanian priest told Pope Francis how he faced hard labor in a concentration camp for 27 years. A nun who had to live in clandestinity also gave her testimony, and couldn’t help getting emotional when she greeted Pope Francis.

The Pope himself set aside his written speech and improvised another one. He made a comment on the Gospel of the day, that talked about the consolation that God brings to his people.

For the Pope, the priest and nun that shared their experiences were living examples of martyrdom. He explained how they survived religious persecution.

POPE FRANCIS
“We can ask them: how did you survive so much suffering? And they will answer what we read on on this passage of the Second Epistle to the Corinthians: God is a merciful Father and a God of comfort. It was Him who comforted us.”

Pope Francis also highlighted that they could overcome such hard times thanks to the prayer of a lot of Christians. In a friendly way, he asked Christians not to look for comfort far from God.

POPE FRANCIS
“I don’t want to scold you today, eh? I don’t want to play the executioner part here. But pay attention, eh? If you look for comfort somewhere else, you’ll never be happy.”

The Pope admitted that he wasn’t aware of the ferocious the Communist persecution was until he had studied it carefully in the last two months. He also confessed that was surprised to see how much suffering the Albanian people had undertaken.

Before leaving St. Paul’s cathedral in Tirana, the Albanian bishops gave a cross that had pictures of martyrs, as well as an icon of Our Lady of Good Counsel, Patroness of Albania.

Pope Francis released his message for next year’s World Day of Migrants and Refugees entitled “Church Without Frontiers, Mother to All”.

It reflects on the hardships faced by migrants and refugees, and encourages the Church to “take on new commitments of solidarity, communion and evangelization”.

Cardinal Antonio Maria Vegliò, president of the Pontifical Council for Migrants and Refugees, spoke on the significance of the Pope’s message in this time, where immigration and the plight of refugees has affected the world on a global scale.

CARD. ANTONIO MARIA VEGLIÓ
Pontifical Council for Migrants and Refugees
“The message has two aspects, two points on which it focuses on: the world of immigration and the world of refugees.”

The message also stresses that while cooperation is necessary to provide more humane conditions for migrants, greater efforts must be made to improve conditions that compel people to leave their homeland.

Cardinal Vegliò highlighted Pope Francis’ call to migrants and refugees to not lose their faith and hope in the midst of difficulties.

CARD. ANTONIO MARIA VEGLIÓ
Pontifical Council for Migrants and Refugees
“This is very beautiful, despite the difficulties that we recognize of this problem. The Pope says clearly that they have a privileged place in the Church. Precisely because they are those who are most in need, because they are the most vulnerable.”

The Cardinal also said that upcoming Synod on the Family will discuss the difficulty of reuniting families who have been separated due to migration.

CARD. ANTONIO MARIA VEGLIÓ
Pontifical Council for Migrants and Refugees
“The reunion, the reunification of the family is truly a tragedy. When the husband leaves for example, it is difficult for the family to remain united. So, the problem of reunification will be examined. ”

The World Day of Migrants and Refugees will be held on January 18th, 2015.

As the Pope led his general audience, he prayed for persecuted Christians in Iraq. He highlighted his spiritual closeness, adding that the Church is proud to have them as sons and daughters. POPE’S ADDRESS TO PERSECUTED CHRISTIANS “Today, I want to reassure my closeness to Christians, to the defenseless and persecuted. You are in the heart of the Church. The Church suffers with you and the Church is proud of you. It’s proud to have sons and daughters like you. You are its strength and you offer a concrete and … Continue reading → 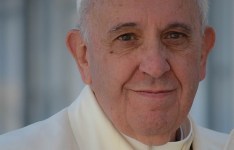 Vatican City, Sep 1, 2014 / 09:00 am (CNA/EWTN News).- After sending a letter to Pope Francis on the plight Iraqi refugees fleeing ISIS violence, Fr. Behnam Benoka received a phone call from the pontiff who gave his blessing and assured of his prayers.  “’I read your letter,’ said the Pope. He said he was very sorry for everything that was happening to us and he said, ‘Know that I am with you in prayer always. I never forget you,’” Fr. Benoka told CNA Aug. 31.Pope Francis told him, “I’ve … Continue reading →

Vatican City (Agenzia Fides) – Cardinal Fernando Filoni, Prefect of the Congregation for the Evangelization of Peoples, who returned from Iraq last night after his visit as personal envoy of Pope Francis, met the Pope this morning to inform him about the mission entrusted to him.  In the following interview, the Cardinal Prefect of the Congregation told Fides Agency about the meetings and impressions that marked the days spent in the devastated Middle Eastern CountryEminence, your visit was an emergency humanitarian trip which involved Christians and the other inhabitants of … Continue reading → 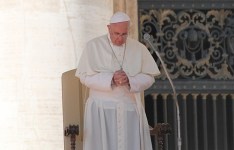 Pope Francis is asking the United Nations to take action to stop the violence in Iraq. In a letter addressed to the UN’s Secretary General, Ban Ki-moon, the Pope makes an urgent appeal for security, peace and assistance to refugees in Northern Iraq. This as Christians and other minorities continue to be targeted and forced out of their homes. In the letter, he also calls on the UN and its member countries to exercise the humanitarian laws in place. Furthermore, he asks for assistance and solidarity to help the displaced … Continue reading →

by Elise Harris Vatican City, Jun 27, 2014 / 05:11 am (CNA/EWTN News).- In an audience with aid organizations assisting Oriental churches, Pope Francis explained that peace is a gift from God, which can be regained by offering hope through our solidarity with those who suffer. “Those who would cultivate the plant of peace must never forget that God alone gives the growth. True peace, the peace which the world cannot give, is a gift to us from Jesus Christ,” the Pope observed in his June 26 audience with members of … Continue reading →