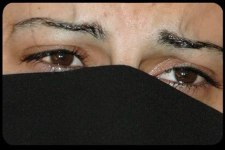 Christian and Yizidi women continue to be used as carrots for Islamic State militants “I’ve been raped thirty times and it’s not even lunchtime. I can’t go to the toilet. Please bomb us.” Those tragic words were uttered by a young Yizidi woman in a cell phone call to activists from Compassion4Kurdistan. And, according to an article by Nina Shea at The American Interest, the woman is far from alone. Girls and young women are being sold in order to both fill ISIS’s coffers and to lure young men to … Continue reading →

New Haven, Conn., Jul 27, 2015 / 08:04 pm (CNA).- As Christians continue to face unprecedented persecution – especially in the Middle East – the Knights of Columbus have announced a new campaign to send humanitarian aid and raise awareness about their plight. “Pope Francis has urged the international community to take action to help Christians in the Middle East, and as an organization that has long supported victims of religious persecution, the Knights of Columbus is responding by asking our own members, and the public at large, to help … Continue reading →

Lahore (Agenzia Fides) – Fouzia, 25 year old Christian woman, married and mother of three children, was abducted on July 23 by Muhammad Nazir a Muslim aged 55, father of eight children. The man forced Fouzia to convert to Islam and become his wife. Fides was informed that the man is a land owner and that Fouzia and her poor farm-worker family, live and work on his land in the area of Pattoki, in Punjab. At first the family was too afraid to report the abduction and waited for the … Continue reading →

ASIA/YEMEN – Almost 2 million children forced to abandon school Sana’a (Agenzia Fides) – Warfare continues in Yemen and among many serious consequences, children, some 2 million, are forced to abandon school. So far 3,600 schools are closed, and pupils and families have been moved to safer places. Among the schools closed, 248 raised to the ground, another 270 used as shelters for displaced persons and the remaining 68 occupied by armed troops. For the school system in Yemen, according to UNICEF, the impact of the situation is devastating. At … Continue reading → 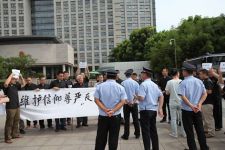 by Joseph Yuan This is not the first time that the old bishop and his priests speak out against the demolition campaign against crosses and churches, which has touched more than 400 buildings. During the protest, police tried to disperse the group, which sought to submit a petition. The faithful recite a Crown of the Divine Mercy is in support of the Chinese Church. In Lishui, churches are expected to be torn down by 31 August. Wenzhou (AsiaNews) – Mgr Vincent Zhu Weifang of Wenzhou, who is almost 90, and … Continue reading → 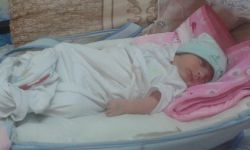 We present Santa, a refugee girl born 20 days ago. She is the sister of Masara who received her First Communion in our church. After just being born, she had to be taken to the hospital for an infection and was hospitalized for several days. But she recovered and has returned to the refugee school and in a few days the whole family will move to the camp. With the great heat of this time of year there are many babies suffering a lot. We learned that 5 of them … Continue reading →

by Sami Osman Jihadist bases in Syria and PKK locations in northern Iraq targeted. 320 people arrested in 22 provinces of Turkey. They include suspected Islamic state militants and Kurdish militants. Demonstration in Istanbul dispersed with tear gas and rubber bullets. Mounting tensions ahead of tomorrow’s a big demonsration “for peace” invoked by the Kurds. Istanbul (AsiaNews) – The Turkish Air Force this morning carried out a second series of air strikes to hit Islamic state bases in Syria, after the one targeted yesterday. At the same time, it has … Continue reading → 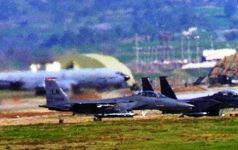 Erdogan is really worried about the possible declaration of a Kurdish state. The president, who is probably thinking about early elections, claims that some lawmakers from the Kurdish-based HDP party have links to Kurdish terrorists in the PKK. The HDP’s success at the polls in June prevented the ruling party from having an absolute majority. Turkey and the United States confirmed their intention of creating a 90-km long “IS-free zone” inside Syria. Ankara (AsiaNews/Agencies) – Turkish President Recep Tayyip Erdogan’s decision to take concrete actions against the Islamic state (IS) … Continue reading → 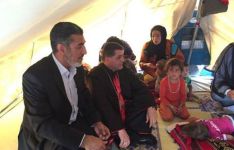 “The situation is really heart-rending,” said Mgr Basil Yaldo. “Explosions, bomb attacks, and violence” occur every day. The future is “uncertain” and the government struggles to build a path of unity. Still, 182 young children recently received the first communion. Peace and normality are their greatest wish. Baghdad (AsiaNews) – “Explosions, bomb attacks, and violence occurred every day this week in Baghdad. We can hear bomb blasts every day, even near the Patriarch’s building. Every day, there are dead and wounded; more than a hundred on the day that ended … Continue reading → 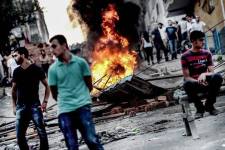 by Sami Osman Tomorrow’ “emergency meeting” is set for Ankara with all NATO representatives. Yesterday Turkish jets carried out air strikes against PKK bases north of Dohuk and Arbil in Iraqi Kurdistan. Turkey wants to ensure that no autonomous Kurdish region emerges in Syria. Clashes occur in Istanbul and Diyarbakir. Ankara (AsiaNews) – NATO is set to convene tomorrow after Turkey called for an “emergency meeting,” following a violent escalation pitting for the first time Turkish forces against the Islamic state (IS) group as well as its old nemesis, the … Continue reading →