by Bernardo Cervellera The underground bishop of Yixian disappeared in police custody in 2001. In late January news of his death spread. But authorities denied the reports. Family members await his corpse or ashes. The long list of underground bishops who have died in prison after torture. The government is terrified of possible demonstrations at his funeral. The visit of Yu Zhengsheng, “number four” from Baoding Politburo. Out of his 93 years of life, Bishop Shi spent 54 years in prison because of his fidelity to the Church and the … Continue reading →

Amman, Jordan, Feb 4, 2015 / 05:01 pm (CNA/EWTN News).- Christians in Jordan have responded to the Islamic State’s gruesome execution of a captured Jordanian pilot with sorrow, calling for prayer and religious and national unity. Father Rifat Bader, general director of the Jordan-based Catholic Center for Studies and Media, said the Christian churches of Jordan conveyed their “deep sorrow and sadness” over Lt. Muath al-Kaseasbeh’s execution, which Fr. Bader characterized as a “martyrdom” and a “heinous crime against humanity.” He said the churches called for all their bells to … Continue reading → 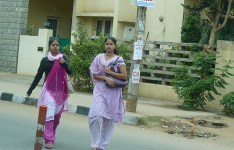 New York City, N.Y., Feb 3, 2015 / 04:08 am (CNA/EWTN News).- The Holy See’s delegation to the United Nations has warned that Christians face “extinction” in some regions of armed conflict, with Christian women and girls particularly vulnerable. Monsignor Janusz Urbanczyk, the Chargé d’Affaires of the Holy See’s Permanent Observer Mission to the United Nations, voiced concern about the “continued lack of attention” given to protecting women and girls who are “targeted and attacked purely because of the faith they profess.” “The lack of focus and priority for protecting … Continue reading →

Military Offensive Could Lead to Destruction of Ancient Chaldean Churches Rome, December 03, 2014 (Zenit.org) Churches in Mosul have been converted into prisons by jihadists of the Islamic State according to an Iraqi news website.   Fides News Agency reported that recently detainees were taken, blindfolded and handcuffed to the Chaldean Church of the Immaculate Conception, in eastern Mosul. There are also reports that a monastery in the city named St. George’s has been transformed into a female detention center stoking fears that women will be “forced to suffer sexual … Continue reading →